Depression is something which many people experience at some time in their lives. It can be mild – a form of 'the blues' or just feeling 'down' or it can become a prolonged and chronic state of being. Depression can sap all the life force out of a person, leaving them quite lethargic, debilitated and joyless. It becomes hard for them to summon up any enthusiasm for anything, even the smallest task becomes a great effort, they feel like they're in a total slump.
Sometimes the world seems very black and cheerless, like a gloomy landscape which goes on forever and from which there's no escape. Often a person can be quite tearful or have a low threshold for coping with everyday events; they become easily overwhelmed and daunted by simple tasks. Some just appear numb and disinterested in everything.

In my experience, depression is repressed anger.
This may come as a surprise as a depressed person seems to be a million miles away from an angry one. And yet this is what's going on energetically.

Anger is such a powerful emotion it becomes like a sleeping volcano. Yet like volcanoes, the magma becomes pressurised and tries to rise to be released. If a person is not able or willing to release their anger, they must exercise an equal and opposite force to keep the anger down. This Herculean effort depletes their life force to such an extent that the upkeep of this exertion results in what we call Depression.
As a wise person once said “depression is the repression of expression”.

Consequently, in order to treat the depression through HypnoPsychotherapy, we must first uncover the cause of the 'unfairness' which created the anger in the first place; for anger is always the result of something being experienced as unfair.
Once we can ascertain the root cause, then the treatment can be planned. This is the primary function of the Initial Consultation.

Like a volcano, it is not a good thing to let everything explode at once. Indeed, fear of the magnitude of one's own feelings and of being overwhelmed by them, can sometimes be the cause of having repressed them in the first place. So we must allow the pressure to be released in a safe and manageable way, little by little.
As we do so clients start to regain some of their energy, until finally they are fully restored and can regain their enthusiasm for life.

Sometimes, we find there are other feelings hiding underneath the anger – sometimes grief, sometimes fear. These too must be acknowledged and worked through.

It's always a rewarding experience to release someone from the prison of depression and welcome them back to the life they were meant to live. 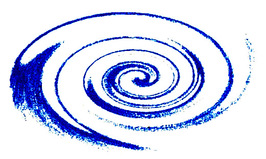